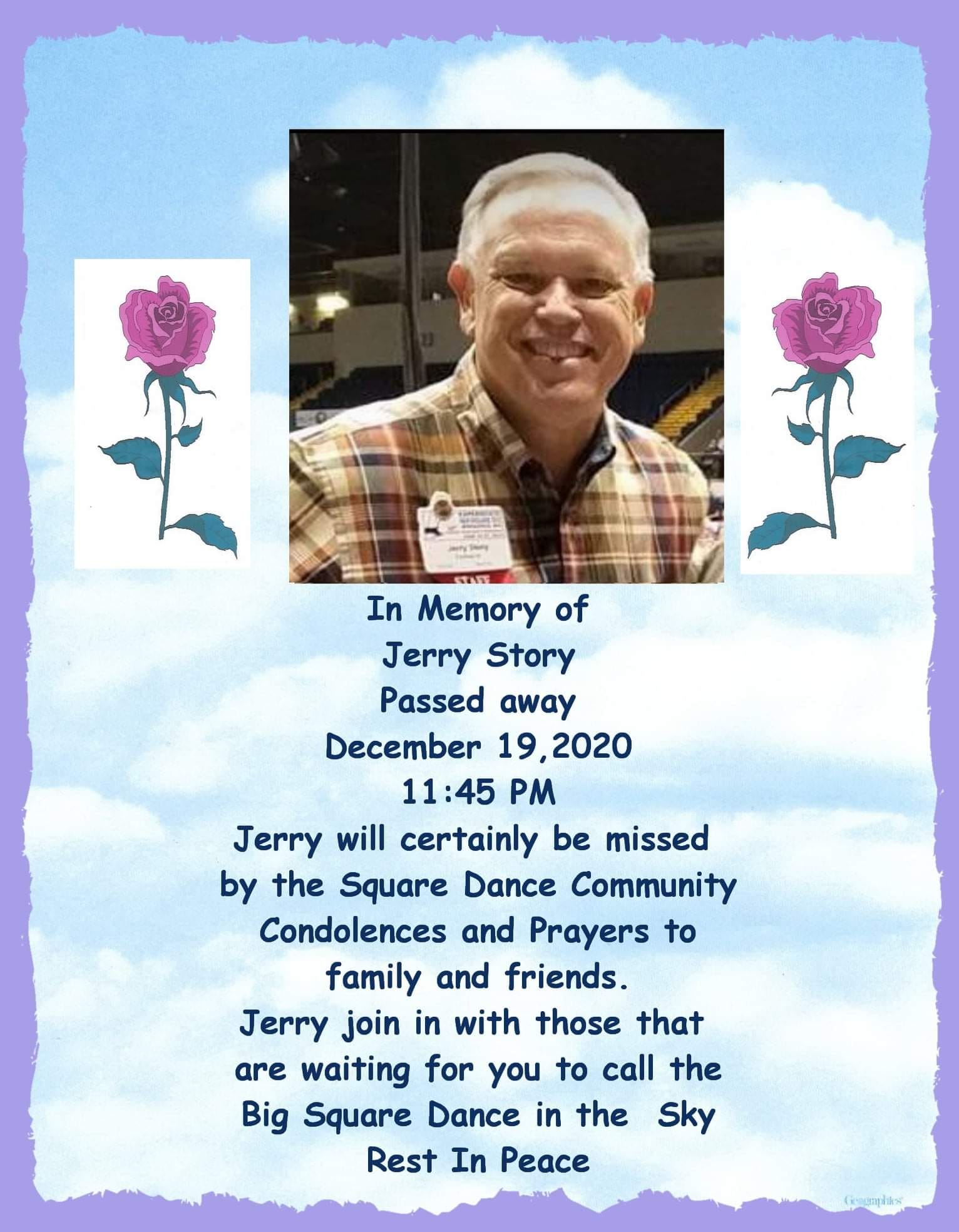 Tribute to the late Jerry Story

Take a look around and see what we have to offer! Browse our newest music in the Platinum package, or some of our previous pacakges available in the Gold section. Songs which have been released from the packages and can be purchased by themselves are listed under Single Songs. See our recording artists, or buy a caller a gift certificate for Royal music!

We are in the process of re-releasing some of the titles which have long been unavailable on our website. These titles will include brand-new vocals, and will have new numbers in our catalog. Our Royal Platinum Members will find these songs included in their account downloads as they are released.

First to receive this treatment:

Royal Records was founded in 1986 by Jerry Story and Tony Oxendine and quickly became one of the major labels in the square dance industry. Since that time, Royal Records has consistently produced number one square dance records. Songs like "Beautiful Brown Eyes", "Tennessee River", and "Somebody Like Me" have become some of the largest selling records in recent square dance history.

We are dedicated to bring you the finest square dance music available. We record at Hill Top Studio in Nashville, TN. Hill Top is a state of the art 32 track digital studio. Our engineer, Kevin McManus, is a four time SGMA Studio Engineer of the Year award recipient and a 1994 Emmy Award winner. All of our music is recorded using Nashville studio musicians. We also record at Circle Left Studios in Lebanon, TN. Micheal Salacuse is a world class musician and studio engineer. We bring you the best square dance music production money can buy!

In 2004, to offset the steadily rising costs of vinyl production and steadily declining vinyl sales, Royal Records established its Platinum Membership Program. This enables callers to purchase a complete Royal session at one time, and affords them the exclusive use of these tunes for one year. The program became an immediate sellout and has continued to be a sellout since.

In order to maintain the quality of the music that our customers have come to expect, in 2008 Royal once again lead the way in square dance music distribution by turning over vinyl production to Palomino Records. Palomino had the option of pressing and releasing some or all of the year-old Gold and Platinum tunes, at its discretion. However, Royal continued to produce both the Platinum and Gold CD's.  Royal Records also publishs a quarterly newsletter (distributed to all Platinum Members) keeping them abreast of future releases. Cue sheets and complimentary digital downloads of any new "hot" tunes that Royal produces will be available for members on this site.

For over three decades, Royal Records has been a leader in the square dance music industry. With the advent of the Platinum Program and the Gold Edition, we are poised to continue this leadership into the future. It is our hope that you enjoy using our music as much as we enjoy producing it.